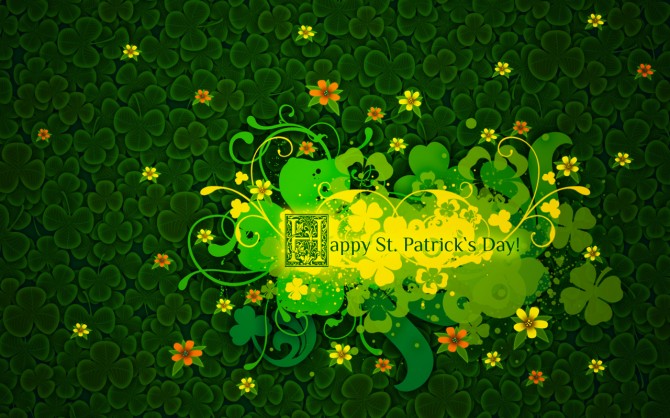 Saint Patrick is the patron saint and national apostle of Ireland. St Patrick is credited with bringing Christianity to Ireland. Most of what is known about him comes from his two works; the Confessio, a spiritual autobiography, and his Epistola, a denunciation of British mistreatment of Irish Christians. Saint Patrick described himself as a “most humble-minded man, pouring forth a continuous paean of thanks to his Maker for having chosen him as the instrument whereby multitudes who had worshipped idols and unclean things had become the people of God.”

Many folks ask the question ‘Why is the Shamrock the National Flower of Ireland?’ The reason is that St. Patrick used it to explain the Holy Trinity to the pagans.

There is more to the story of St. Patrick. Something about him driving all the snakes from Ireland and abolishing the Pagan rites of the Druids… yada… yada… That’s all well and good but I have more questions about this day and the role this iconic saint played in making it so popular. Why do so many people celebrate the day he died? This is what many believe March 17th to be, the actual day of his death and did he start the tradition of drinking green beer? Was it the devout Catholic St. Pat who started the institution all those years ago? How did he turn the beer green and why do so many people choose to consume the chartreuse colored beverage on this particular day?

Well, as it turns out the Irish ritual of drinking green beer on Saint Patrick’s Day is actually an American made tradition with no real roots in the motherland. In fact, according to the Evening Independent Newspaper’s edition dated March 26th 1914, the first time green beer was made public was at a New York Social Club’s Saint Patrick ’s Day event.

The man behind the creation of the colored beverage was a coroner’s physician named Dr. Curtin, who when asked by the amazed revelers how the beer was turned green would only reveal that the effect was achieved with the addition of wash blue– a dye used to color textiles–to the beer.  Today it is created by simply adding green food coloring to the tasty hops and barley beverage. And on this day, you will find that many things will be dyed green. There are even some die-hards (pun completely intended), who will choose to color their most beloved pets! Some communitie 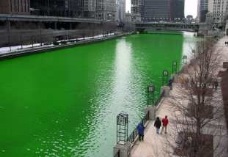 s even go so far as to dye rivers or streams green!

Who knows what the good old saint would say to such shenanigans? Would he condone the tribute or might he appreciate a gesture more deeply rooted in tradition like the dropping a shamrock in your guinness.

This custom known as “drowning the shamrock” was really the forerunner to green beer. After parades and other special events, men would go to local pubs, drop a shamrock into their whiskey and drink it down, including the good luck leaf.

As I an Irishman, well 1/16th Irish…man. Yes, I’m claiming my 1/16th because that’s what many of us do! We claim our heritage. As a matter of fact, according to an article published in Forbes Magazine on March 15, 2013, Twenty-two million Americans — 7.2% of the population – say their “primary ancestry” is Irish, according to the Census’s American Community Survey. Another 13.5 million Americans claim at least some Irish ancestry, bringing the total to 35.5 million Americans — 11.6% of the population — with at least partial Irish ancestry. If that sounds low, remember that Ireland’s population today is just 6.4 million – 4.6 million in the Republic of Ireland and 1.8 million in Northern Ireland. So there are more than 5 times as many Americans with at least partial Irish ancestry as there are people who live in Ireland.

That’s a lot of green beer, green dye and just plain green money spent on this celebrated day! I’m sure Saint Patrick would be more than enthusiastic to find that his legacy will live on with so many wonderful traditions and acts of celebration in his memory!

And in honor of my ancestries, I would like to share a recipe with you should you decide to ‘drop the shamrock’ at home with loved ones.

This recipe for Mexican Corned Beef and Cabbage, by Nell Rushton McGilberry, is from The Rushton Family Cookbook , one of the cookbooks created at FamilyCookbookProject.com. We help families or individuals create heirloom cookbook treasures.

12 oz. can corned beef
1 can stewed tomatoes
1 can kidney beans
1 can water
2 tsp. chili powder (or more to taste)
Salt and pepper to taste

Directions:     Combine everything in a large pot and stir.
Cover and cook on medium heat for 15 to 30
minutes. Serve with cornbread.