Halloween is our Christmas! 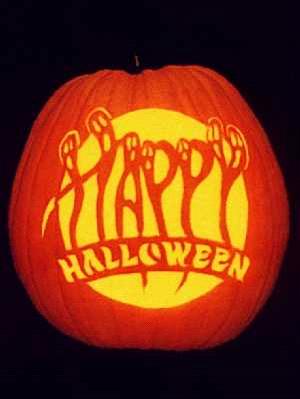 A few years back, an Anchor Bay Entertainment executive was interviewed by one of the home entertainment trade publications about the upcoming Halloween retail season. At one point, the ABE exec summed up the label’s enthusiasm for the holiday by exclaiming: “At Anchor Bay, Halloween is our Christmas!” In retrospect, and as I reflect on Halloween 2012, I think that declaration goes much, much deeper…

If, as Jean Shepherd mused in A Christmas Story, that Christmas is the ultimate kid’s holiday, then Halloween is the ultimate adult (as in grown-ups) holiday. I’ve seen friends of mine agonize over which costume they will wear, or how they plan to “trick” the trick-or-treaters on Halloween night. I’ve seen front lawns transformed into ersatz haunted houses and mazes (a tip of the hat here to Bob Burns’ legendary Halloween home spectaculars of the 1970s) and theme parks and chamber-of-commerces nationwide plan part of their yearly revenue budgets around elaborate albeit temporary shrines to all things that may lack a pulse but gets ours racing.

Only in the past few years has some elements of the horror community been embraced by the mainstream. We can thank “The Walking Dead” for much of that. But while “regular folks” might think of TWD as “groundbreaking” or covering something they’ve never seen before, the horror fans are in many ways enjoying their first real taste of vindication for their passions. True, the history of horror entertainment is replete with a lot of bad movies, television shows, novels and plays, but there are plenty of examples that show the genre is not only capable of serious examinations about contemporary culture, but more often than not illuminate the joys and sorrows of day-to-day living.

I’ve been working with the horror community for over seven years now. There are a passionate (sometimes overly so) group of people who love a method of storytelling that continues to frighten, exhilarate and –when done right – enlighten those receptive to its language. They are fiercely protective of their independence as purveyors of the macabre, but at the same time, if they feel they have discovered something that speaks to something more than its ability to shock or revolt, they will utilize every technological tool at their disposal to articulate their praise to their fellow brethren. But as we all know, in our completely inter-connected age, there’s no such thing as a private tweet or posting. In my generation, a picture was worth a thousand words. We’re now looking how a thought can be worth a million tweets…

I have another, very personal reason for being a proud member of this club. Five years ago, on the day before a major horror convention, I lost an immediate member of my family and had to bow out of working the event. Within 48 hours, I began receiving emails of support from not only the genre journalists I would have seen at the show, but even emails by anonymous fans (forwarded) who responded when told about my loss. Here were complete strangers giving comfort, whose only connection to me was that I was a very distant part of their community.

And so to all those who revel in the horrific and terrorific, those who fiercely believe in vampires, ghouls, goblins, man-made creatures (never monsters), zombies, slashers and all manners of hybrids and variations in-between – as Tiny Tim mused in A Christmas Carol:

“God bless us everyone!”

We hope you all had a happy Halloween from all of us at SPPR, Inc.

One Response to "Halloween is our Christmas!"