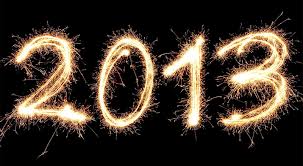 As I sit here in a deserted office late on a Friday afternoon, I can’t help but reflect back over the past year.  At this time last year, we had been in our new office space some 60 days or so and were still dealing with the “where’s this?” and “where do you think we packed that?” syndrome.  We had a lot to look forward to as we moved into the 20th year of business.  Over the year, we had two team members move on to further their respective careers and we picked up a few more along the way – Jarred and Wendy.  We added new clients of different nationalities and different business types, threw a party at Cannes, got our “geek” on at Comic-Con, celebrated the company’s anniversary, hit the Convenience Store convention in Vegas, helped raise some money for several good causes including the sCare Foundation and donned our first Christmas tree (don’t ask).  Some of our projects made the “Best of 2012” lists and overall, our team kicked ass.  Have I mentioned how proud I am to have such a dedicated team?

Now that I’m done reflecting, I must say, I am really looking forward to 2013.  There are several titles on our roster that I am personally excited and proud to be promoting – one of which is Bully.  CES is on the horizon and I always love finding out about the new gadgets (although Ed has to explain them to me); then it’s off to Sundance to see if our clients can steal away any great titles; then NATPE; then Oscars followed by SXSW…well, you get the idea.

So from the SPPR, Inc. team to you – we wish you a very happy, healthy and prosperous new year.  We’re looking forward to working with you in 2013!  And stop by the new office – we love to put the faces to the many emails/calls we get.

One Response to "Happy New Year!"