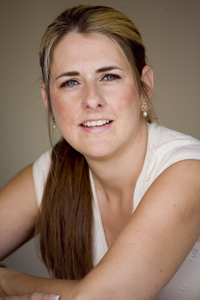 Sue Procko has worked in the entertainment industry as a public relations professional for more than 25 years. Developing her uniquely creative and intensive style and then coupling it with her experience and understanding of the business, she formed her own public relations firm, SPPR Inc, in 1992. Since then, Ms. Procko has earned a reputation as one of industry’s most knowledgeable and respected PR executives.

Since the launch of SPPR, Ms. Procko has designed and implemented hundreds of promotional and marketing campaigns for clients to promote their properties across all media platforms, including print, broadcast, Internet and live outlets. Her clients have been featured regularly in many major national and local publications, ranging from U. S. News & World Report to Entertainment Weekly and from Parenting to Shape, as well as on such television programs as CNN’s Show Biz Daily, EXTRA, Entertainment Tonight, Access Hollywood, E! News Live, CBS Sunday Morning, Dateline and 60 Minutes. An early adaptor to the growing online media sector in 1997, SPPR was the first company to downcast a satellite media tour to the then-burgeoning internet, a radical promotional effort at that time which is now commonly known as a podcast.

Additionally, SPPR has represented the sCare Foundation, a charity that raises funds for homeless teens, and Video Industry AIDS Action Committee (formerly VIAAC and now known as EAA), the non-profit organization of industry volunteers that raises money for HIV/AIDS care. For her efforts, Ms. Procko has been honored with the EAA Visionary Award and the Entertainment Publicist Professional Society’s (EPPS) Lynne Weaver Award for exceptional pro bono service and commitment to volunteerism.

Prior to forming her own agency, Ms. Procko directed the publicity and promotional efforts for all home video releases under the MGM/UA Home Video banner. Spearheading the initial start-up and overall operation of the studio’s Home Video Publicity department, she developed an extensive publicity network for the promotion of the largest sell-through library in the home video industry, an archive that boasted an annual sell-through revenue of $155 million. Ms. Procko’s most successful campaign of the dozens she designed was for the 1989 home video release of The 50th Anniversary of The Wizard of OZ, which sold a record-breaking 3.2 million units in only seven months. Her efforts included an unprecedented stunt where Dorothy “returned home to Kansas” from Culver City, California via a hot air balloon, which landed on the Governor’s lawn in Topeka, Kansas following a highly-publicized five-day flight across the country.

Ms. Procko graduated from Kansas State University in Manhattan, KS with a B.S. in Industrial Psychology. She currently serves on the 2013-2014 PTSA Board at Culver City High School and chairs the CCHS Reflections committee, the 2014 Executive Board of Directors for the Entertainment Publicists Professional Society (EPPS), and the 2014 Board of Directors for Entertainment AIDS Alliance (EAA). A regular speaker at undergraduate and extension public relations courses at both UCLA and Loyola University, Ms. Procko has also taught Elements of Public Relations at California Lutheran University in Thousand Oaks, CA.

Sue Procko currently lives in Los Angeles with her daughter Lauren, who affectionately refers to mom as the “Zombie Queen” following her wildly successful home entertainment campaigns for such legendary “Undead” properties as George Romero’s Night of the Living Dead series, Sam Raimi’s The Evil Dead trilogy and the current TV smash The Walking Dead.

A member of SPPR, Inc. since 2005, Ed Peters’ responsibilities encompass creating, conceptualizing and implementing all aspects of the entertainment publicity campaigns handled by the agency.  This involves everything from writing press releases and pitch letters, generating media activity reports and maintaining relationships with media contacts, old and new, to arranging talent interviews and press opportunities, representing client products at trade shows and coordinating publicity for Blu-ray™, DVD and digital download releases.

In the years preceding his arrival at SPPR, Ed worked as a freelance writer/producer and media service consultant, managing short-term public relations needs for clients on an interim basis.  He has also served as a Production Manager for Video Monitoring Services, the Director of Operations for San-Mar Studios, the Senior Vice President of National Satellite Production Media Services and the Vice President/Satellite Producer for PRo Video News Services.

In his 25 years in the business, Ed’s humor, knowledge of cinema and television and scrupulous understanding of the industry has fueled the dozens of reviews he has created for DVDReview.com, one of the first and most respected DVD-oriented websites.  He’s also contributed more than one hundred reviews to the popular reference guide VideoHound’s DVD Guide Vol. II and III.

Ed holds a Bachelor of Arts in English from California State University, Northridge. In his spare time, he enjoys reading, watching old movies and traveling. 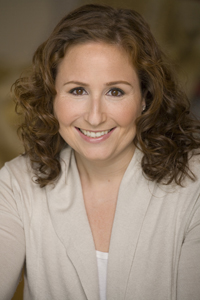 As the director of publicity at SPPR, Julie Siegel oversees the home entertainment publicity campaigns for dozens of motion pictures representing the industry’s most dynamic studios.

Included in the films that Julie has promoted for the home entertainment market are The Weinstein Company’s Oscar®-winning The King’s Speech, My Week With Marilyn starring Michelle Williams, The Iron Lady starring Meryl Streep, Blue Valentine, The Company Men, Scream 4 and Julian Schnabel’s controversial Miral. For Anchor Bay Films, Julie has directed publicity campaigns for the home entertainment arrivals of the acclaimed indies Solitary Man, Kill The Irishman and City Island.  She also orchestrated the ancillary roll-outs of Overture Films’ The Men Who Stare At Goats, Sunshine Cleaning, Let Me In and Michael Moore’s Capitalism: A Love Story.

The recipient of a B.A. in English Literature from the University of California, Los Angeles, Julie began her publicity career in 2000 at Nancy Seltzer and Associates, where she worked with such talent as Annette Bening, Garth Brooks, Sean Connery, Hugh Jackman, Ian McKellen, Jeremy Renner, and the late Whitney Houston.  She then moved into the theatrical film world, spending several years working on awards, release and festival campaigns for Warner Bros., Columbia TriStar, Lionsgate, MGM, Paramount Classics, Sony Screen Gems, IFC and Focus Features (where she contributed to the campaign of one of her favorite films, Lost In Translation).

When Julie isn’t working wonders on her seemingly endless slate of films, she smoothly slips into numerous roles including aspiring chef, cyclist, foodie, news junkie, wanderluster, and lover of all things Italian.

A senior account executive and a member of the SPPR, Inc. team since 2006, Tim Williams engineers the publicity of TV on DVD releases for the agency’s home entertainment clients and has launched notable campaigns for such high-profile programs as “The Walking Dead,” “Spartacus,” and the appropriately titled “Cagney & Lacey: The Menopause Years.”   He’s also helmed the P.R. efforts behind a number of indie film Blu-ray™/DVD releases including Texas Killing Fields with Jessica Chastain and Sam Worthington, Meet Monica Velour with Kim Cattrall, Daydream Nation with Kat Dennings and Seeking Justice with Nicolas Cage.

Prior to joining SPPR, Tim was a writer for the venerable TV Guide Magazine, where he inked countless celebrity profiles and served as the weekly columnist for the “Kids Picks” DVD column.

A graduate of Bowling Green State University in Ohio with a B.A. in Mass Communications and Popular Culture, Tim kicked off his career in Los Angeles as a classic television archivist for the legendary comic Steve Allen.  He subsequently took on the retail marketing and promotions for video visionary (and former Monkee) Mike Nesmith’s pioneering entertainment ventures, Pacific Arts Home Video and Rio Records.

Entertainment historian, television expert and a dedicated fan of classic films, Tim has been featured on numerous TV shows and documentaries including “A&E Biography,” “E! True Hollywood Story” and “TV Guide Channel Presents.”  When he’s not waxing cinematic about film and TV, you’re likely to find Tim at The New Beverly Cinema catching a revival of Leone films (if he’s not up the street grabbing a Pink’s Hot Dog). 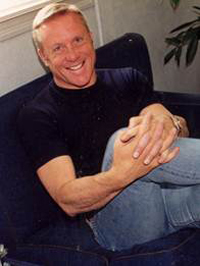 In his twenty-plus years as an entertainment industry publicist, Scott Barton has represented an extraordinary assortment of talents and organizations.

With SPPR, Inc., Scott has been the account executive for Playboy Entertainment, for which he oversaw media outreach for the company’s original programming, radio and special events.  He also coordinated a six month promotional tour for Playboy TV’s 25th Anniversary.  And his knowledge and background in musical theater proved invaluable for his work on the home entertainment releases of Stephen Sondheim: 80th Birthday Celebration, Bette Midler: The Showgirl Must Go On and Michael Feinstein: The Sinatra Collection.

For his ongoing contributions as a media consultant for the NAMES Project AIDS Memorial Quilt, Project Angel Food, the annual Southland Theatre Artists Goodwill Event, World AIDS Day, the National Day of Compassion and AIDS Project Los Angeles, not to mention his work with numerous national AIDS fundraising/educational service organizations, Scott was chosen by the Publicists Guild of America to receive the Robert Yeager Humanitarian Award.

A graduate of Colorado State University, Scott is a frequent guest speaker for the Columbia College and Emerson College public relations programs.

Mentoring students in their career pursuits, Scott isn’t shy about pointing out that his P.R. career began while he was juggling jobs as a photographer’s assistant in Hollywood, a flight attendant for Continental, a professional dancer and a L.A. RAMS cheerleader. Thus, he knows how to pull focus at 30,000 feet, on the 50-yard line and—while in costume—downstage center. 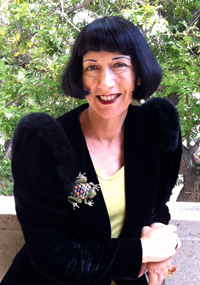 Melinda Giordano’s responsibilities as SPPR, Inc.’s research coordinator begins with the daily and weekly monitoring of media coverage, the assembling of weekly highlight reports, and includes the updating of clip notices as well as the final assembly of reports for all of SPPR’s titles.  Melinda also assists in the creation of press releases and pitch letters, as well as the planning of media events, which have included such soirees as the Roseanne DVD Launch White Trash Party, the premiere shin-digs for the films The Grand, Stan Helsing and Chillerama and the unforgettable From Dusk Till Con party at  San Diego Comic-Con in 2011.

Before joining SPPR in March 2005, Melinda was an Administrative Assistant at Faiola Davis PR, where she worked on the Alpine Electronics, Buena Vista Games and Symantec accounts. She played a major role in her clients’ media coverage at national industry events such as E3 and CES.

A native Los Angeleno with a B.A. in Painting/Sculpture/Graphic Arts from U.C.L.A., Melinda is a published writer and illustrator whose work has appeared in The Lake Effect, new renaissance, and on DanceMacabreOnline.com.

Melinda proudly declares that she has no guilty pleasures, as she sees no shame in watching the annual “Puppy Bowl” or “Xena, Warrior Princess.”