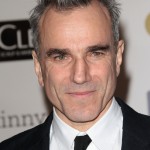 St. Patrick’s Day is around the corner, and because clearly I descend directly from the sweet land of Erin (check the last name on the byline folks) electing me to author this week’s SPPR Blog post was the only natural thing to do.   Come this Sunday, you’ll no doubt find me at a bar, dressed in green from head to toe, watching the New York City parade, but before I get my Guinness on, I’d like to take a moment to give some perpetually well due praise to another Irish saint – the illustrious, now three-time Oscar-winner Mr. Daniel Day Lewis.

“Isn’t he British?!?!?”  I know that’s what you’re saying.  Fine.  He was born and raised in London; so technically, I guess you’re right – but only halfway.  Little known fact – in addition to choosing to live in Ireland and NOT the UK, DDL (that’s what I like to call him), although by adoption, is also a passport carrying Irish citizen.  And with that, I’m claiming him for myself and my countrymen definitively and once and for all.  I’m claiming him because he solves this problem I have.

You see, for me, the most disappointing thing about watching big stars on the big screen is that, with rare exception, the “big star” persona eclipses, at worst, and taints at best, the character being played.  DLL is one of those rare exceptions, and in my humble opinion, a bright shining one at that.

I walked into the theater to see There Will Be Blood 20 minutes late and blind to the cast, and couldn’t discern that DDL was Daniel Plainview until 20 minutes after that.  In Gangs of New York he was all Bill the Butcher and nothing else, and in Lincoln…DDL was EPIC.  Just epic.

Listen.  I love him, and would like to see him canonized while he’s alive.  That’s what I’m really trying to say.

I speak on behalf of the people of Ireland when I say that Daniel Day-Lewis is nothing short of a national hero, deserving of some of your attention this and every St. Patrick’s Day.  If you’re not sure where to start, here’s a list of my top five DDL flicks.  Do yourself a favor, lads and lassies.   Pop open a stout and get into it.