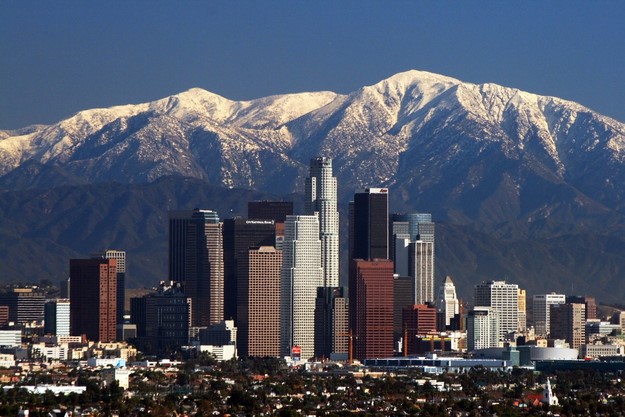 “Please come with me,” sternly said Deputy Sheriff Madison after I handed him my newly purchased Metro swipe card as I attempted to switch trains at Union Station downtown.  I had decided to make an adventure out of my Monday and take the Metro rail system from my northeast LA neighborhood to our Culver City office on the other side of town.  Now, being the contemporary urban dweller that I am, I’ve often taken the Gold Line to Union Station to the Red Line to the City Hall stop when I attend the Taper or Ahmanson for theatre.  But this trip included the newly-installed electronic turnstiles and required swipe cards to make the journey.

As it turned out, my “lost in the big city” expression caught the Sheriff’s eye and he recognized another “newby” to the system.  I’m still not exactly sure what he tried to explain to me, but it involved punching some buttons on the machine where one pays for and/or adds fare to the swipe card.  He explained that it would cost me nearly $30 to make the round trip if I swiped the card at every turnstile as now required.  By making different choices on the machine I could somehow program the card that would effectively make my round trip just $10.  I found small comfort in this cost saving tutorial as I was mostly grateful to have someone English-speaking explain it all to me, not to mention in uniform!

I made light of the fact that by rail it would take me over an hour to make the 12.5 mile trip that, on a good day, takes 25 minutes by car.  And the 1.5 mile walk from the station to the office.  It was another beautiful SoCal day, so why not?  Honestly, it was pretty cool to just sit in the relatively clean rail car and watch out the window as we glided through downtown, past USC, the Coliseum and the science center. I enjoyed seeing the subtle ethnic and cultural delineations of neighborhoods I’ve known of forever but have had no reason to visit.  And an hour later (and a few semi-hammered pan handlers prowling each of the cars for pocket change) our coach came to a stop 30 feet off the ground at the final Culver City station.

The return trip was far more crowded, and louder, as scores of kids swarmed on and off the trains on their way home from school.  One young woman spent the entire trip applying/removing and reapplying her eye make-up, gazing into her pocket mirror to make sure she looked her best.  As we neared downtown, she slipped a Smart & Final t-shirt over her blouse and exited at 7th Street on her way to the newly opened store on Figueroa.  Just another commuter on LA’s cross town coach.  I was relieved to end my journey back at the Highland Station and to climb into my Jeep Liberty, turn on the radio and make the short drive to my house-alone.  And thanks to Sheriff Madison’s watchful eye and direction, the whole adventure only cost me $10 and no gas.  Not a bad day’s investment. 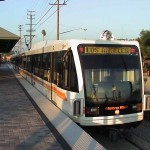