The Greatest Rock and Roll Song of All Time 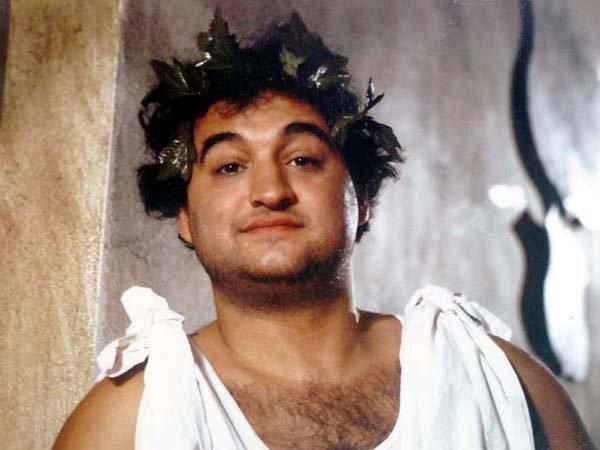 It’s that time of year again….time to bow down and honor a garage rock classic, the tune of choice for all beer-soaked toga parties. Yes, today, we honor the gold standard of grunge, “Louie Louie.”

April 11th is International Louie Louie Day, picked for the birthday of its songwriter, Richard Berry, from whose mind sprung a song that has become the life of the party and a go-to for every rock band starting out. From those simple opening notes  – “duh duh duh, duh duh” – you can’t help but smile, dance or grab another brewski.  Maybe all three.  Infectious? Sure. Primal? Yep. Raunchy? You better believe it! Basically “Louie Louie” boils down everything rock and roll was supposed to be…before Bob Dylan and the Beatles had to ruin the fun with their “serious” songwriting.

The song was recorded by Berry with his band,  the Pharaohs, in 1957. A local hit on the west coast, it would take a Portland, Oregon group called The Kingsmen to make the tune a national hit while at the same time putting the band in the middle of a controversy that would follow them for years. The Kingmen’s raucous 1963 version with its slurred lyrics and sloppy musicianship seemed to listeners to be expressing something…well…dirty.  But what exactly was lead singer Jack Ely saying? Many teenagers bought the 45 (or turned their AM radios up real loud) to try and decipher what was being mumbled about a girl, a sailor, and some Navy seamen. Although the lyrics were innocent enough, many college students made up their own versions of the tune, each rewrite more vulgar than the last. These new and naughty “Louie Louie” lyrics would cause some radio stations to ban the song and for the FBI to conduct a 30-month investigation that would leave the Feds befuddled.

These lusty lyrics would later be used in the song’s most memorable appearance in the ’70s college comedy National Lampoon’s Animal House. Star John Belushi and his Delta House crew sang “Louie Louie” like a bunch of drunken Romans in bed sheet togas. These would be Caesars let rip with the filthiest take on “Louie Louie” yet, creating a  foul-mouthed  frat favorite forever.

Since then Berry’s “Louie Louie” has been covered by Led  Zeppelin, The Clash, Joan Jett and the Blackhearts, Black Flag, Young MC, Iggy Pop, Bruce Springsteen, Smashing Pumpkins and Frank Zappa, who used the song on tour as a running commentary about his band and their sexual exploits on the road.

Berry could never understand the weird popularity of his song. “It has three stupid guitar-chord changes in it,” he told a reporter. “It’s such an easy song to play. The marching band at my daughter’s high school even plays it.”

And maybe that’s the enduring magic of this 50-year slab of pulsating proto-punk.  Whether played on kazoo, accordion or sung by a barber shop quartet . . . “Louie Louie” always rocks!