The Birth of a Legend 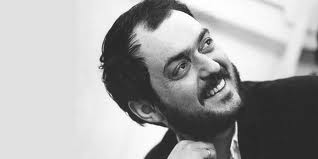 Editor’s Note:  Each week or so, a member of the SPPR team submits a short blog about a timely subject.  Most of the time, the subject is picked out by the team during a staff meeting or in the case of this blog, by the writer himself without the editor knowing.  I mention this only because it was written with the intention that it be posted on July 26th.   Apologies to Tim as the “editor” was on vacation mentally (not yet physically) when it was submitted so the posting is a bit late but still enjoyable.

Stanley Kubrick would have celebrated his 85th birthday today.  Born in New York City, Kubrick worked as a photographer for Look magazine before exploring filmmaking with gritty documentary shorts in the early 1950s.  His first feature film, the 1953 military drama Fear and Desire, would only be a taste of the talent that was to come from this future groundbreaking filmmaker.  He would soon give us state-of-the-art productions like Spartacus, Lolita, Dr. Strangelove or: How I Learned to Stop Worrying and Love the Bomb, Clockwork Orange, 2001: A Space Odyssey, The Shining and Full Metal Jacket.  Sadly, Kubrick would pass away just before the release of his last film, Eyes Wide Shut, in 1999.  Critics found Eyes to be one of his weaker efforts, not the way any artist wants to go out, but even a lesser Kubrick production is inventive, intelligent, obsessive and many times, wonderfully weird.

The first film I ever saw by Kubrick was Dr. Strangelove.  I was ten-years old and knew more about cold cereal than I did the Cold War, but the film fascinated me with its crisp and cool black and white cinematography and the amazingly flexible performance of Peter Sellers in three roles (it was originally to be four, but Sellers was injured during filming).  I’ve seen Strangelove many times since then and I’m still mesmerized…always discovering a new layer to the script or a quirky piece of business thrown in by Sellers or George C. Scott that I hadn’t notice before, or maybe had forgotten.

I could write about each of his films with just as much excitement.  Clockwork Orange is my current obsession having  rediscovered it on Blu-ray last year, but you don’t need me telling you how great it is – go watch it!  Better yet, go watch all of Kubrick’s films.

As for me.…I’ll just raise a glass and wish this master filmmaker a Happy Birthday!