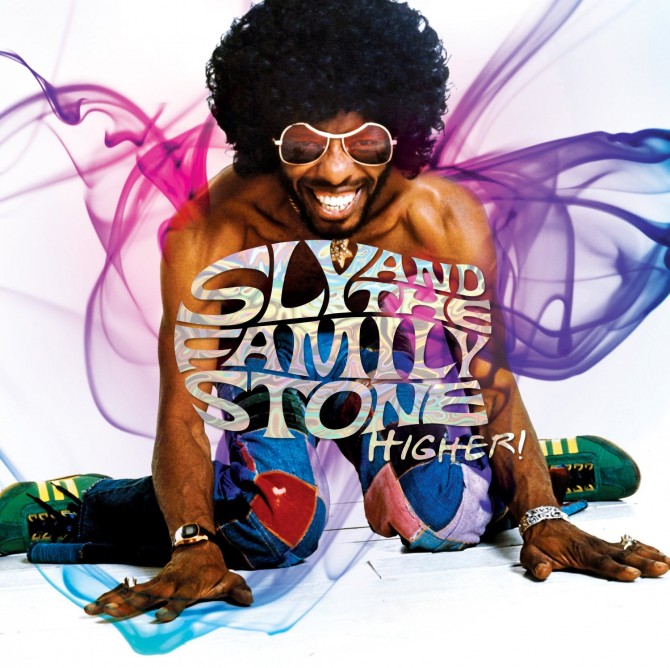 I know this blog isn’t for promoting things but a good friend recently gave me a gift that I can’t stop thanking him for and I thought I might hip you to it.

The Sly & The Family Stone 4-CD box set, Higher, released last month is one of the most lovingly put together music packages I’ve ever heard and seen.  I know going out and buying a music collection seems arcane in these days of iTunes, but this package is well worth owning and is proof positive that Sly and his band of soulful brothers and sisters were the funkiest bunch of flower children that the ’60s produced.  It’s all beautifully put together with a book including rare photos and eye-popping vintage concert posters which is worth the price of admission.

But it’s the music that will blow you mind – this was a hit-making machine, and Sly Stewart was a visionary musician, composer and bandleader whose work transformed music and broke down racial barriers in ways still being felt today.  Sly brought funk, soul and rock together in a simmering stew that bubbled up the charts in songs like“Everyday People,” “Dance To the Music,” “I Want To Take You Higher” and “Hot Fun In the Summertime.”

Sly would produce one last great album, the darker and less fan-friendly,  There’s A Riot Goin’ On, in 1971.  Drugs would start to take their toll on the artist, causing him not show up at concerts and make some very weird talk show appearances (check out Sly on Mike Douglas and Dick Cavett at YouTube).  Also the hits would dry up and the Family Stone would disband.  Sly is now 70 years-old and Higher! gives him the musical tribute he deserves –it’s sunny, funny and grooves like a mother.