To #Hashtag or Not To Hashtag…Is that the question? 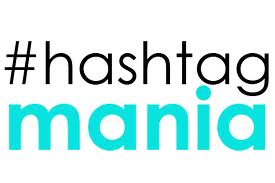 From our PR and Social Media Coordinator — Jarred Hopkins

Starting in 2009, Twitter made the hashtag ever so popular. The system was used as a search mechanism on the site to link users who were discussing the same topics. When a user clicks on the hashtagged word they can view comments on twitter from users who have hashtagged the same word creating an interactive live feed.  Well gosh, who would have thought that a simple “#,” in front of a word could create so much interaction?

The television world began to capitalize on this idea in the years to follow. Shows like “American Idol,” “The Biggest Loser,” and “The Voice,” began to implement hashtag usage into live broadcasts. According to PR News and Brandwatch, broadcast shows that used hashtags increased their social media conversation by nearly two-thirds! Live shows are not the only ones to take advantage of hashtagging. The hit show “Glee” and “How I Met Your Mother” are among the top primetime television shows to hashtag.

This increase in brand awareness shows that viewers are using multiple forms of media while watching television, whether it’s a cell phone, handheld tablet or computer — sometimes all three.  Smart brands are taking advantage of the media usage by live tweeting through the program and responding to users, keeping the online conversation relevant and increasing exposure.

What does this mean for public relations professionals? The changing scope of social media and interaction has forced professionals to give up old tactics and replace them with shiny new ones. Hashtagging is just an example of new ways of brand awareness we encounter on a daily basis. Movie goers are also taking advantage. Last Friday, The Call starring Halle Berry hit theaters and #TheCallMovie hashtag was used. Twitter-goers were able to see exclusive clips on Twitter as well as user reviews and tweets from actors in the movie!