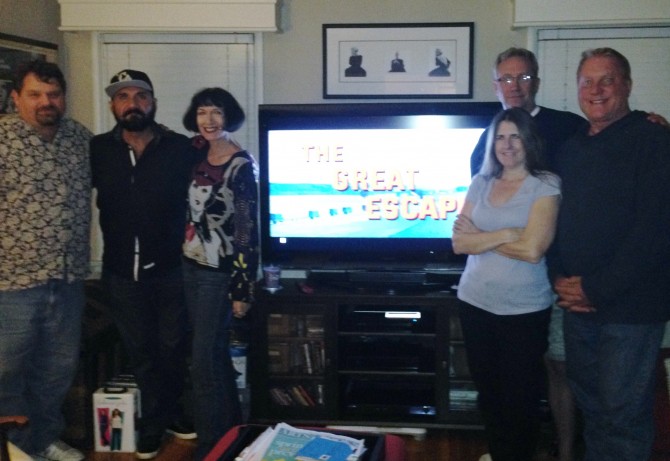 “I’ll get you my pretty and your little dog too!”

“I don’t go to church. Kneeling bags my nylons.”

“I love the smell of napalm in the morning.”

All the above listed quotes are from three American films from the last 100 years (or 87 years if you date from the start of talkies). If you recognize any or all of them, congratulations! You’re a true fan of the flickers. If not, you’re the reason a SPPR tradition was born over 5 years ago.

When you work in home entertainment, especially focused on theatrical releases both old and new, there’s a tendency to use shorthand in order to convey a specific idea, thought, celebration, frustration — you name it. To wit: quoting old movies. If someone says: “Fasten your seat belts. It’s going to be a bumpy night,” you’re talking about a line from 1950’s ALL ABOUT EVE, but also expressing concern about a potential issue or conflict. When someone spouts: “Here’s looking at you kid,” they’re using CASABLANCA to illustrate a certain kind of affection. Well, in our office, there’s a tendency to use that type of communication a lot. It’s easy, we’re using words and phrases much more eloquent than our own, and dang it if it just isn’t plain fun. However, that only works when you recognize either the quote or the source.

SPPR Movie Night started a few years back when we found one amongst us who didn’t have the same movie background and/or education. We’d say “I’d buy that for a dollar” or “No wire hangers ever!” and get either one of two responses: “Huh?” or “What’s that?” Like the famous RCA dog listening to the gramophone, with its head tilted in confusion, our assumption about the universality of movies was being called into question on a daily basis.

So, to address the problem, we decided to show this cinematic novice some of the great films we invoked, as a means to giving her the same celluloid linguistic skills as the rest of the staff. Our very first SPPR Movie Night was 1934’s “The Thin Man” starring William Powell and Myrna Loy. Hardly a classic for the ages, but nevertheless it started a tradition that, in fits and starts, has lasted over five years now. During that span, we’ve gathered at Sue’s house, watching her 42” and now Cinerama-Dome sized 55” flatscreen, and visited/revisited such gems as THE PHILADELPHIA STORY, SWEET SMELL OF SUCCESS, THE JERK, NATIONAL LAMPOON’S ANIMAL HOUSE, IT’S A WONDERFUL LIFE, SILENCE OF THE LAMBS, AUSTIN POWERS: INTERNATIONAL MAN OF MYSTERY and THE PINK PANTHER STRIKES AGAIN. Depending on who recommended the film, someone would provide introductory remarks about the film and its place in our culture and film history. And since we’re there for the film at dinnertime, we usually try to have some food available, and tied to the themes/spirit of the film we’re about to watch. (I always make sure to have popcorn and at least one classic movie candy, i.e. Milk Duds or peanut M&Ms, available as well.) However, sometimes that part of the festivities can go awry. For SILENCE OF THE LAMBS, our in-house c 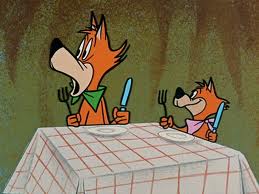 ulinary genius Scott Barton contributed a “finger food” that hit a little TOO close to the film’s subject matter:  He put together a large party plate of cocktail weenies, carefully arranged (like a Busby Berkeley musical number) and each topped with a fake – and rather long – fingernail. We all agreed that Scott’s handiwork was too inventive and too artistic to spoil by removing even one hors d’ouevre…

Last night was our latest SPPR Movie Night. We screened 1963’s THE GREAT ESCAPE. Directed by the great John Sturges, and boasting a stellar cast including James Garner, James Coburn, Richard Attenborough, Charles Bronson, James Donald and the ever-cool Steve McQueen as “the Cooler King,” THE GREAT ESCAPE details the true story of one of the most elaborate POW escapes during WWII. Clocking in at a hefty 172 minutes, we were all surprised to find how fast the nearly 3 hours flew in watching the film. For the record, we did not serve POW prison food last night. Unless the Nazis flew in El Pollo Loco…

There’s still something to be said for just the sheer professionalism of 1960s Hollywood. Before the auteurs took over, before the corporations took over, before the computers took over – filmmaking was still a handmade affair. It is nice to revisit that aesthetic every so often. With Blu-ray, HD flatscreens and 7.1 audio systems, it’s amazing that the everyday fan can literally program their own film festival from their sofa.

SPPR Movie Night isn’t a set deal. It’s not always the last Thursday or second Tuesday of every month. Also, it sometimes takes a while to get a consensus on what we’re gonna watch. But if I were to cite one reason why I personally enjoy SPPR Movie Night, it’s this:

One holiday season we screened “It’s a Wonderful Life,” because of the aforementioned ONE  person in our office had never seen it (really surprising, given all the holiday reruns). After watching it, she was so touched by the film’s message of hope and friendship, that the very next day she changed her email signature to include the designation of angel Clarence Oddbody: AS2, as in “Angel, Second Class.”

THAT’s why we have – and will continue to have – SPPR Movie Night.