The Beatles and Billboard — What else did you not know? 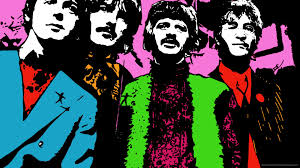 I was told that this month (last week, in fact) on April 4, 1964, the Beatles occupied the top five positions on the Billboard Hot 100 pop chart. I did not know that.  Here are 10 things you might not have known about those four lovable mop-tops from Liverpool.

The above is meant purely for entertainment and satirical purposes only and is not to be taken seriously by the reader…except the one about “Green Acres” – that could be true.