THROUGH THE EYES OF BABES 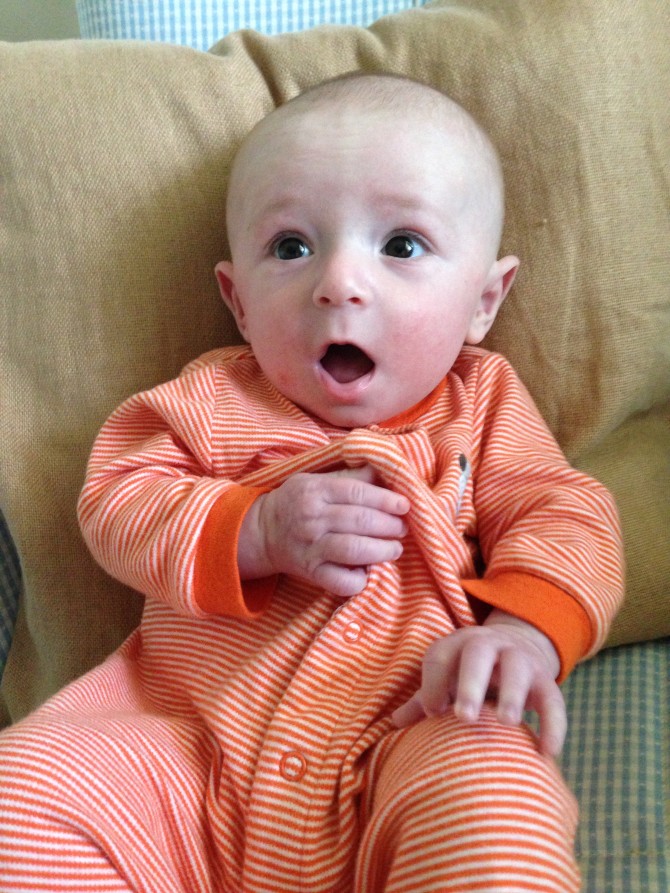 In January of this year, my husband and I welcomed Oliver into the world.  Having a child definitely changes a lot of things, and it also gives you the opportunity to re-live your own childhood, and see things through the perspective of a mini-human.  One of the things I am most excited about is sharing some of my favorite childhood movies with Oliver.  While some of my favorites may or may not be up his alley (The Sound of Music, Annie, Xanadu), here’s hoping that the following movies are!  So in no particular order, here are 10 personal favorites I can’t wait to watch with my kiddo some day:

Mary Poppins – Mary Poppins is by far my favorite childhood movie, starring the great Julie Andrews and Dick Van Dyke.  If Oliver doesn’t love this movie, I may have to send him to boarding school.  If only I could snap my fingers like Mary and make Oliver’s clothing and toys magically fly into his dresser drawer and shelves…and dirty diapers into his diaper pail!  Just a spoonful of Mary Poppins helps the medicine go down, in a most delightful way.  Spit spot!  Cheeky!

Pete’s Dragon – Just say the name and a fried crunchy apple comes to mind!  This live-action/animated musical film – about an orphan named Pete and a loveable dragon named Elliott – was watched with frequency in our home growing up.  The film stars such notables as Helen Reddy, Mickey Rooney, Red Buttons, Jeff Conaway, and Shelley Winters.  Can you spell Passamaquoddy?  I love you, too.

The Toy – Richard Pryor and Jackie Gleason… Need I say more?  Granted, it is a little screwed up (okay, a lot), given its subtheme about racial and class divisions…a rich white man buying a black man for his son?  Ouch!  BIG ouch!  That being said, this issue is addressed in the movie, and Pryor is as hilarious as always.  I personally couldn’t think of a better comedian to have as a toy, white or black.  Ultimately, The Toy is a story about love and friendship between a boy and his father and his (purchased) friend.  I love you, Jack!

The Wizard of Oz – There’s no place like home!  This film features some of the most memorable characters of all time – the Scarecrow, Tinman and the Cowardly Lion, who seek a brain, a heart, and courage respectively, as they follow the Yellow Brick Road with Dorothy (the late great Judy Garland) and Toto.  And of course Glenda the Good Witch, who I starred as in a school play when I was 6 years old.  The Wicked Witch of the West and her flying monkeys can suck it!

E.T. – There are sooooooo many wonderful things about E.T.  Director Steven Spielberg, a young Drew Barrymore and Henry Thomas, Peter Coyote, and Reese’s Pieces of course!  Not to mention that it was filmed around my husband’s childhood neighborhood, so he can say “Look, Oliver, Daddy grew up two streets from there!”  Seriously though, E.T. is a timeless story of friendship and a must-see for everyone.  Tears will be had.  Phone home!

Fantasia – The 1940 American animated film, the third feature in the Disney animated features cannon, is a classic!  Consisting of eight animated segments set to pieces of classical music, Fantasia was definitely the most “highbrow” Disney film of its time.  So of course I want Oliver to watch it over and over because it will make him smarter, right?  Watch out, Baby Einstein!

The Incredible Shrinking Woman – My brothers and I watched this film incessantly as kids.  NO idea what that was all about, but a vertically challenged Lily Tomlin, a large chair, garbage disposal, housekeeper Concepcion, and a savvy gorilla named Sydney were enough to keep us entertained for hours!  Filled with messages of anti-consumerism, The Incredible Shrinking Woman was directed by Joel Schumacher, and also stars Charles Grodin and Ned Beatty.

It’s the Great Pumpkin, Charlie Brown – Halloween has always been my favorite holiday, and this television classic has always been a part of it.  Growing up, my brothers and I lived for animated holiday specials on TV – A Charlie Brown Christmas,  Frosty the Snowman… We’d get so excited!  Maybe we needed to get out more, or maybe it was because we were Jewish, and we wanted to live vicariously through Christmas specials.  In any case, I still look forward to seeing this every year…and the awesome music that accompanies it.  Maybe some day Charlie will get more than a rock!

Stand By Me – So Oliver won’t really be able to watch this one until he’s older than 10, but Stand By Me is one of those movies that has always stayed with me.  It’s just a great, great story.  Directed by Rob Reiner, Stand By Me is a coming-of-age story, starring the late River Phoenix (of course I had a crush on him!), Kiefer Sutherland, Wil Wheaton (yes, Wil with one ‘L’ only), Jerry O’Connell, Corey Feldman and John Cusack, and narrated by Richard Dreyfuss.  The film boasts an awesome soundtrack, too.

Okay, I lied… Here’s one more:

Willy Wonka & the Chocolate Factory – Gene Wilder and candy… LOTS of it!  I’ll leave it at that!