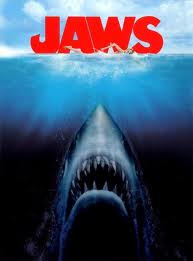 I imagine that most of my peers, who have built and maintained careers in the entertainment industry, spent the summers of their formative years inside a movie theater. If the 1970’s was the last golden age of American cinema, then June 20, 1975 marked the beginning of the modern movie blockbuster era. That’s when Steven Spielberg’s JAWS opened in over 400 theaters, a big number for the time. While that film made its mark by upending the conventional distribution pattern of an exploitation picture rather than a “prestige” film, the stage would be set two years later when on May 25, 1977  STAR WARS only opened in 43 theaters, but whose success would literally redefine not only the motion picture business, but global culture for the latter half of the 20th century.

Heady facts to be sure, but the reason I cite them is that despite the changes in technology, culture, even sociology, the summer movie still has some of that old Hollywood magic circling around it. Yes, the films are mostly geared to kids out of school, and yes, there’s a tendency to regurgitate themes and ideas in the hopes that lightning will strike twice, or thrice, or millionth(?) time, but in the last couple of years something wonderful has happened to the modern Hollywood summer blockbuster: they’re now being made by former summer movie fans.

Filmmakers like Shane Black, Jon Favreau, Zack Snyder and perhaps most famously J.J. Abrams, were all once eager fans like myself, plunking down the then-unheard-of cost of $4 a ticket to see the latest Star Wars installment, latest Superman opus or Indiana Jones thriller in 70mm Panavision, Technicolor, and six-track Dolby Stereophonic sound. Today, we take the phenomenon for granted, with a grain of salt, perhaps with a heavy heart, take your proverbial pick. But from a perspective nearly two generations after the fact, the entertainment industry – and particular the home entertainment industry – would not be what it is today had it not been for the steady diet of modern cinematic epics that would regularly fill cinema screens between Memorial Day and Labor Day. Which brings me to why I’m particularly excited about the crop of this year’s Summer Movies. I’ve already had a chance to see one of them in advance, and based on what I’ve seen, I feel that if you’re inclined to such forms of entertainment as I am, it will be a very rewarding summer.  Why? Because the ones now at the helm of these multi-million entertainments remember when populist storytelling did not automatically mean disrespecting your audience.

Yes, there are those who say these films are nothing more than 24fps exercises in calculated marketing, with little to nourish the intellect or even our desire for a good story well told. On the surface, perhaps they are right. I’m guessing no one will walk out of THE HANGOVER PART III, saying that they’ve unlocked the secrets of the universe. But over the years, I’ve watched MANY critics dismiss summer fare like (in no particular order) SUPERMAN II, STAR TREK II & III, THE STAR WARS SAGA (all 6 of ‘em), ALIEN, RAIDERS OF THE LOST ARK and the INDIANA JONES sequels, BLADE RUNNER, BACK TO THE FUTURE, FORREST GUMP, JURASSIC PARK, APOCALYPSE NOW, DRAGONSLAYER, E.T. THE EXTRA-TERRESTRIAL, THE ROAD WARRIOR, WHO FRAMED ROGER RABBIT, GHOSTBUSTERS, GLADIATOR, THE TERMINATOR, THE ABYSS, Tim Burton’s BATMAN, POLTERGEIST, HEAVY METAL, DIE HARD, GREASE to name a few – only become classics when revisited on the format du jour, be it Super 8, VHS, Betamax, Laserdisc, DVD, HD-DVD or Blu-ray. (Anyone notice that these are the titles that sell perennially in the home formats.)

So, to mark what I hope will be another fulfilling season of dreaming open-eyed in a darkened room with hundreds of similarly entranced patrons, here’s a brief glimpse into some of the Summer Movies of 2013 I’m looking forward to. Top 5 in reverse order:

IRON MAN 3 – Not sure where the Marvel series can go after last year’s supersmash-up THE AVENGERS, but it does offer a whiff of fresh air with Shane Black directing and writing, and the appearance of Ben Kingsley as The Mandarin – who by the way is also starring in Anchor Bay Films’ A COMMON MAN, coming out May 21st.

THE LONE RANGER – I think it was in a review of CHARLIE AND THE CHOCOLATE FACTORY that a reviewer wrote “This is Johnny Depp’s world and we’re just passing through.” The man does have a knack for finding the weird in, well, everything. I cringed when I first heard he was playing Tonto, but then again, I was dragged to see the first PIRATES OF THE CARIBBEAN film and look what happened with Depp channeling Keith Richards…in a Disney film, no less!

THE GREAT GATSBY – I’m not a huge Baz Luhrmann fan. I like Leonard DiCaprio ok, and while I read the F. Scott Fitzgerald novel back in high school, it’s not one of my particular favorite works of American letters. So why am I curious and/or excited? In a word, 3D. Right now, it’s perceived as a gimmick for kiddie/animated fare. But just Martin Scorsese showed in HUGO and Ang Lee really demonstrated in last year’s LIFE OF PI, 3D can be more than just a means to charge more for admission. And if enough “mature” filmmakers embrace the format, the sky’s truly the limit as to how 3D can become an actual artistic storytelling tool.

STAR TREK INTO DARKNESS – My expectations have already been fulfilled on this one. Thanks to a good friend, I had a chance to see this before its release this week. What J.J. Abrams has done in kick-starting this franchise cannot be underestimated. He has what I call “re-set the mythology” for the Star Trek universe.  And for those who are fans of Benedict Cumberbatch, but think he’s acting beneath his talents to appear in a – gasp – Trekkie flick, I will say that while I’ve not seen him play the hero on BBC’s “Sherlock,” he is a thoroughly compelling and frightening foe for the crew of the Enterprise.

SUPERMAN: MAN OF STEEL – Perhaps of all the summer 2013 blockbusters, it is with the most cautious optimism that I wait for this release. Superman is literally American mythology, wrapped up in, well, red, blue and (almost) white. He’s also the reason we even have superhero cinema at all, dating back to Richard Donner’s 1978 epic – which found many detractors in what we call today his “reiminaging” of the iconic characters and the universe in which they reside. There are those who say our culture has become too cynical for a hero so pure in purpose. I guess we’ll find out June 14th when the encased S returns.