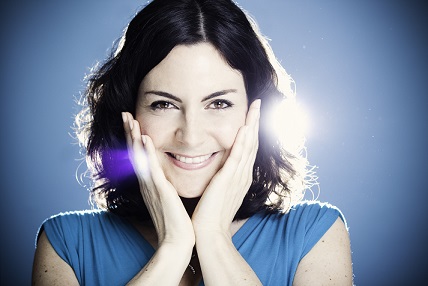 TO WIN THE GRAMMY® AWARD

FOR BEST CHILDREN’S ALBUM OF THE YEAR

“I really did throw a penny in the wishing well and look – I won,” said Jennifer.  “I’m so honored to be the first winner from Canada in this category. That means a lot.”

With such songs as the Beatles-flavored “The Little Things,” the upbeat bluegrass track “Little Blue Car,” the swinging “I’m a Bubble” and the doo wop-flavored title track, “Throw a Penny in the Wishing Well” has been a strong seller and critical favorite, particularly in Canada.  Matt Robinson in the Vancouver Sun described her Grammy-winning album as “a fun, catchy and sophisticated romp across musical genres that listeners of all ages can’t help but get behind.”

Jennifer Gasoi first expressed her musical passion when she was just 5, showing an ability to play music by ear right from the start. After studying classical piano for a dozen years, she moved from Vancouver to Montreal, to attend McGill University, where she put music aside for a degree in Humanities. But in her senior year, Jennifer joined a jazz choir, reigniting her deep love of music and setting her future path.

For the past 16 years, Jennifer has been pursuing a musical career with her unique mix of being a free spirit and pe\\rfectionist; she makes that seeming contradiction work! She’s as comfortable performing cabaret sets in Montreal jazz bars as she is performing at adoring fans’ birthday parties, mom-and-baby music classes and before audiences of 1,000 or more.